The Evolution and Future of Payments 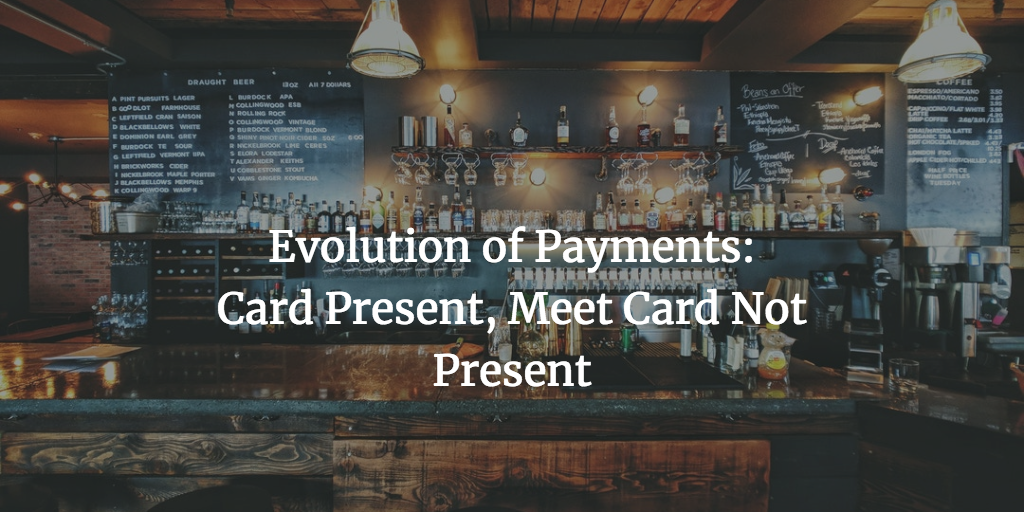 At the May 2018 PAYMENTSfn conference Nathan Adamson, co-founder and CMO of Radtab, presented "Card Not Present, Meet Card Present" a look at the development of payment technologies and where we're headed.

Radtab integrates with the top 16 hospitality point of sale systems in the US. Most of the POS systems in the US continue to behave like they did years ago. These systems have a backend that speaks to a payment processor.

Radtab offers value to restaurant and bars by processing and paying directly into their account.

Radtab uses Spreedly as their credit card vault. To hear more about Radtab's use of Spreedly, see the video here:

What Card Not Present's Past Tells Us Card Not Present is where the physical card is not present at the time of the transaction. This might be on the internet or over the phone, for example. Card Present is the more traditional approach where the holder physically passes the card to the merchant, for example when a card is swiped. These differences matter because the processor charges different fees. And the chargeback liability differs as well. How did we get to where we are today?

Nathan takes a fascinating tour of payment processing‚Äôs history. He looks at the emergence of coins and its importance for trade. And how coins gave way to paper currency in 11th century China. Charge plates and charge coins were often used by stores and banks to mark credit. That foreshadowed the introduction of charge and credit cards. Diners Club launched in 1950 as a (cardboard) charge card. It did need to be paid off each month, and its popularity exploded with 20,000 users in the first year. American Express followed suit. And then the banks themselves offered their own take on revolving credit cards.

Security evolved via the magnetic strip, to the more modern EMV chip (Europay, Mastercard, Visa). EMV helps to reduce fraud and in 2011, chargeback liability began to be moved back to the merchants for those that don't use EMV. While that was intended to motivate merchants to adopt it, adoption for transactions has been challenging. 85% of cards issued now have EMV, but less than 60% of merchants have the equipment for EMV. In fact, there are over 15 million businesses that lack the correct hardware. There's a calculus for businesses -- they have to decide if the risk of chargebacks is worth the cost of the hardware.

The Future of Payments

So, where is this headed? Nathan cites the move to biometrics like fingerprints, randomly generated PAN numbers, and even wearable credit. From a card not present perspective, there has been incredible innovation too. Consider early days when call centers would be equipped with phonebook-like directories that would list fraudulent card numbers. Customer service representatives would have to look up the card. Internet e-commerce via browser took off starting in 1994. And it has inflected again with the arrival of the smart phone in 2007. Many see the future as being centered on the mobile phone as the hub for payments, eliminating the need for carrying a separate card.

The future of mobile payments is increasingly headed toward a cashless society. Countries like Sweden and Denmark expect to go cashless within years. Mobile retail payments are expected to rise to $410 billion by 2020.